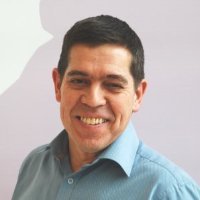 Rory has worked in the mobile industry since 1993, creating the first shortcode text service with Orange Info to follow the pioneering voice shortcode information service, also on the same number -177. After creating strategic commercial relationships between Orange and Media companies to support their 3G Licence bid, Rory moved into mobile internet services arena with a start-up company, and then joined Three in 2002 as part of the launch team. Rory has worked in the network end of the mobile interactive services industry until he set up his own consultancy service company in 2013.

Rory was on the Board of AIMM since 2006 and stepped in as interim Managing Director of AIMM in September 2013. He was offered the permanent position in December 2014. During his time there he worked hard keeping AIMM’s Members interests at the heart of what AIMM do, with constant and tireless dedication to ensuring that relevant Regulatory matters and changes to law offered the best outcome to the Industries in which AIMM operates. These include the Payment Services Directive, Ofcom and PhonepayPlus regulatory changes, updates to industry Codes of Practice and various EU Regulation.

Rory is now proud to be looking after Empello’s global client base and the London Team, stamping out the visual and invisible fraud in mobile payments round the world.