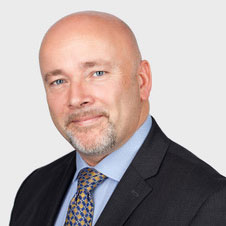 Rob has over 35 years of retail and music industry experience.

Joining the Woolworths Group in 1982 and following periods in store management, marketing and buying, he quickly progressed to occupy senior Entertainment industry positions including, Head of Sales and Marketing at EUK and Managing Director of Handleman UK.

In 2005 Rob relocated to Bentonville in the USA, as Group Vice President, Wal-Mart and Global Sourcing for Handleman Company.

On his return to the UK and Prior to joining Tesco in 2008, he was Sales and Marketing Director for EUK, his second term at the Woolworths Group owned wholesale distributor.

He Joined Tesco in July 2008 as Category Director for Entertainment where he managed the acquisition of Handleman UK and its transformation to Oakwood Distribution. He was also on the boards of Blinkbox, and on the Exec Boards of the Entertainment Retail Association (ERA). He was also Chairman of the Official Charts Company (OCC), where he oversaw a complete re-brand of the organisation and the introduction of the Number 1 awards in 2012.

Rob left Tesco in January 2013 to run his own consultancy, with clients such as Sony DADC, Sky and the major movie studios, He now works with start-ups and emerging businesses, helping them with strategy, business planning, fund raising and client acquisition as well as sitting on several advisory boards and industry associations.