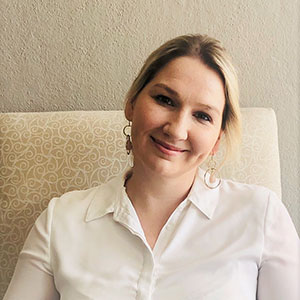 As CEO, Jacqui leads one of South Africa’s most respected mobile aggregation firms. WorldPlay’s record of innovation in the mobile value-added services (MVAS) industry stretches back to its 2002 founding in Johannesburg.

As a charter member of South Africa’s Wireless Application Service Providers’ Association (WASPA), WorldPlay has played a pivotal role in the country’s battle against mobile fraud right from the outset.

Jacqui understands implicitly the value of world-leading anti-fraud measures when it comes to ensuring the longevity of the WASP sector that is so pivotal to the fortunes of the greater mobile industry.

Jacqui and her team have helped WorldPlay scoop a number of mobile industry accolades, including awards for best digital services, best customer services and best WASP on multiple occasions.