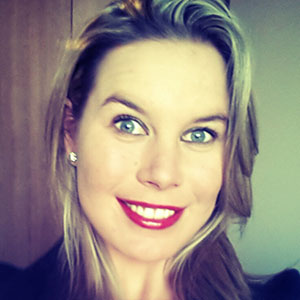 Anzelle is an Attorney of the High Court of the Republic of South Africa and telecommunications-compliance specialist. She is a graduate of the University of the North West, where she obtained her LLB degree in 2009.

Bringing with her nearly four years’ experience in Civil- and Commercial Litigation, Anzelle joined Oxygen8 South Africa in 2012 as Legal- and Compliance Officer, advising the company and its clients on the regulatory requirements and statutory framework governing the South African Mobile Payment and VAS-industry. Anzelle quickly forged invaluable relationships with Oxygen8’s new- and existing clients and, working closely with O8’s skilled management and seasoned colleagues across the globe, gained the expertise and experience that led to her appointment as Product Marketing Manager: Premium & Subscription Services in October 2014.

Anzelle worked closely with the South African regulatory body for Wireless Applications Service Providers, WASPA, in its revision and eventual rewrite of its Code of Conduct; a project spanning nearly two years. In February 2015 Anzelle was elected to serve on WASPA’s Management Committee where she was responsible for its Communications Portfolio for the term 2015 – 2016.

She has assisted numerous international companies in successfully integrating and conducting ongoing business in the South African market. Anzelle values honesty and transparency and understands the need to maintain longstanding client-relationships based on trust and mutual respect.

Anzelle was the acting Chairperson for the Democratic Alliance Branch of Johannesburg Ward 97 (Little Falls, Ruimsig, Allens Nek, Strubensvalley and Honeydew) and a member of the Johannesburg Northwest Constituency’s Executive Fundraising Committee from October 2014 to January 2016, and has remained politically active. She does part- time pro bono legal work, advising victims of domestic violence about their rights and the legal remedies available to protect them.