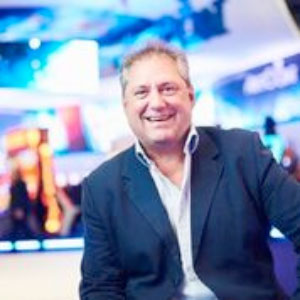 Adriaan Brink is CEO of the Better Betting Foundation – creators of the BETR escrow crypto currency.

Brink started professional programming on ICL and UNIVAC mainframes performing statistical analysis of large surveys in 1984 moving on to real time financial markets analytics in 1989, followed by online recruitment with PeopleBank in 1990.

In 1994 Brink moved to the United Kingdom to introduce PeopleBank to the European markets. Towards the end of 1994 he started “The London Mall” as a portal to attract visitors to PeopleBank. PeopleBank and The London Mall were sold to the Daily Mail newspaper group in 1995.

Having witnessed first hand the potential of the internet and the success of the UK National Lottery, in early 1995 the idea was born for an Internet based lottery. Operating out of Liechtenstein Brink established PLUSLotto – the world’s first legal Internet lottery and quickly established its position as a leading e-commerce site in Europe.

In 1998 Brink was a founding director and CTO of Earthport (www.earthport.com) – a UK based Payment Services Company specializing in direct from bank Internet payment mechanisms. Earthport (LSE:EPO) is listed on AIM in the UK.

In late 2004 Brink joined the team at Mahjong Mania to bring for money, multiplayer internet Mahjong to the world. Mahjong Mania was the principal business activity of TSX listed company Dynasty Gaming Inc. (TSX:DNY). He was President of Mahjong Systems Limited for 4 years and was instrumental in pioneering multiplayer Mahjong on the Internet.

In 2007 Brink formed iCoins and introduced his new concept in the way money should move on the Internet. iCoins launched payments on Facebook 2 years before Facebook payments were released. With the release of the early Bitcoin code iCoins was closed down.

In 2011, after building a mobile sportsbook client for a major operator Brink formed Socialitize to develop and operated sports betting oriented apps on Facebook and mobile. In 2015 he consulted to Gamesys in London, UK assisting with setting up a team to build a new sports book for the UK market.

In 2017 he launched BETR – Better Betting with a successful ICO in December 2017. BETR is an escrow crypto currency (BETR) with its first application in a sports betting system which went live mid 2018.